Our team are experts in supporting our clients with their Foreign Bank Account Reporting (FBARs) or filing their FATCA Form 8938.
Please review the brief explanation below and then do contact us and allow us to put your mind to rest. 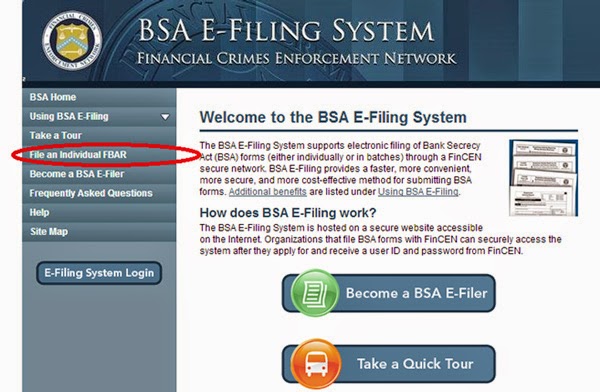 The Foreign Account Tax Compliance Act (FATCA) of 2009/2010 did introduce an additional reporting requirement. Under FATCA, certain U.S. taxpayers holding financial assets outside the United States must report those assets to the IRS on Form 8938, Statement of Specified Foreign Financial Assets. There are serious penalties for not reporting these financial assets (as described below). This FATCA requirement is in addition to the long-standing FBAR requirement.

Therefore, if you set up a new account with a foreign financial institution, it may ask you for information about your citizenship.

Reporting by U.S. Taxpayers Holding Foreign Financial Assets
FATCA requires certain U.S. taxpayers who hold foreign financial assets with an aggregate value of more than the reporting threshold (at least $50,000) to report information about those assets on Form 8938, which must be attached to the taxpayer’s annual income tax return. The reporting threshold is higher for certain individuals, including married taxpayers filing a joint annual income tax return and
certain taxpayers living in a foreign country (see below).

There are some exceptions to the requirement that you file Form 8938. For example, if you do not have to file a U.S. income tax return for the year, then you do not have to file Form 8938, regardless of the value of your specified foreign financial assets. Also, if you report interests in foreign entities and certain foreign gifts on other forms, you may just list the submitted forms on Form 8938, without
repeating the details.

Reporting Thresholds
Reporting thresholds vary based on whether you file a joint income tax return or live abroad. If you are single or file separately from your spouse, you must submit a Form 8938 if you have more than $200,000 of specified foreign financial assets at the end of the year and you live abroad; or more than $50,000, if you live in the United States. If you file jointly with your spouse, these thresholds double.

Taxpayers living in the United States. You must file Form 8938 if you must file an income tax return and:

There are exceptions to the reporting requirement. For example, you do not have to report the following assets because they are not considered specified foreign financial assets:

Additional exceptions from reporting are made for certain trusts, certain assets held by bona fide residents of U.S. territories, and assets or accounts for which mark-to-market elections have been made under Internal Revenue Code Section 475. For example, a U.S. beneficiary of a domestic bankruptcy trust or a domestic widely held fixed investment trust is not required to report any specified foreign financial asset held by the trust on Form 8938.

Asset Valuation
You will need to determine the value of your specified foreign financial assets to know if the total value exceeds the threshold applicable to you. Generally, a reasonable estimate of the highest fair market value of the asset during the tax year is reported, but special rules apply to ease valuation burdens.

Non-Compliance with Form 8938 Reporting Requirements
If you must file Form 8938 and do not do so, you may be subject to penalties: a $10,000 failure to file penalty, an additional penalty of up to $50,000 for continued failure to file after IRS notification, and a 40 percent penalty on an understatement of tax attributable to non-disclosed assets.

If you make a showing that any failure to disclose is due to reasonable cause and not due to willful neglect, no penalty will be imposed for failure to file Form 8938, however. Reasonable cause is determined on a case-by-case basis, considering all relevant facts and circumstances.